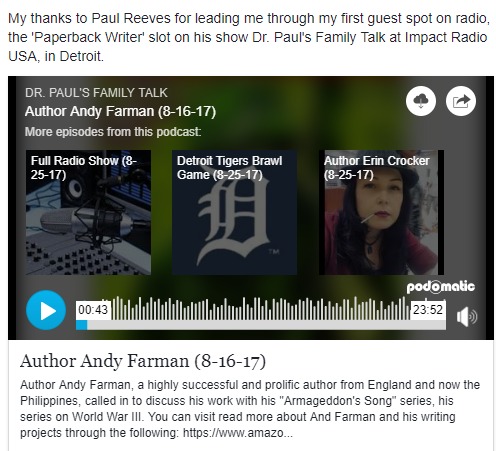 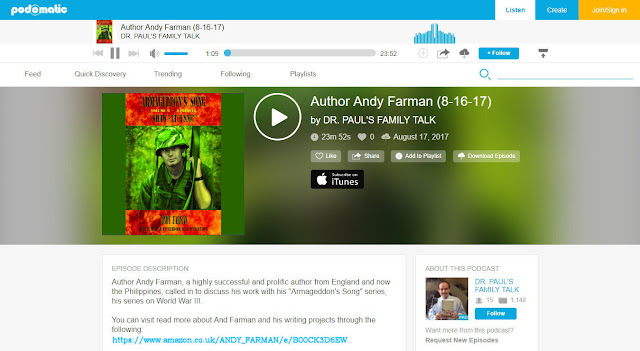 Posted by Andy Farman's Novels at 09:44 No comments: 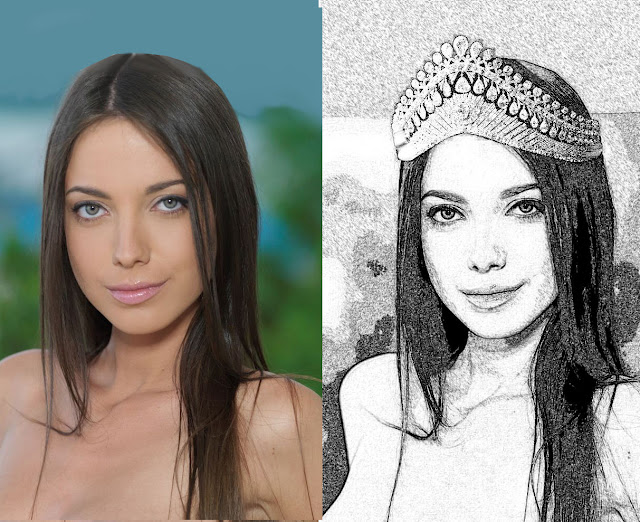 Posted by Andy Farman's Novels at 04:27 No comments:

My guest spot on radio, the 'Paperback Writer' slot on Impact Radio USA, in Detroit.

My thanks to Paul Reeves for leading me through my first guest spot on radio, the 'Paperback Writer' slot on his show Dr. Paul's Family Talk at Impact Radio USA, in Detroit. 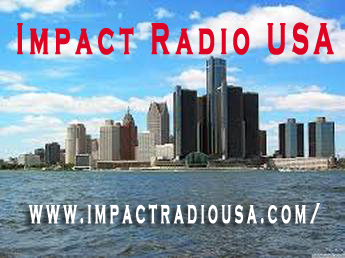 Posted by Andy Farman's Novels at 08:43 No comments:

'Of Demons and Blue Moons'

'Of Demons and Blue Moons' - the writing for the new edition is now complete and I just await the artwork for the new interior illustrations commissioned from Sanju Nivangune, Yuri Platov, Richie Pulvera and Fabrice Fermont with the kind permission of Katya Clover and Tracey Elvik, whose likeness are the reference images for the lovely ghost, 'Clover Iwasaki', and the beautiful, but evil, 'Lilith', queen of witches and succubus. 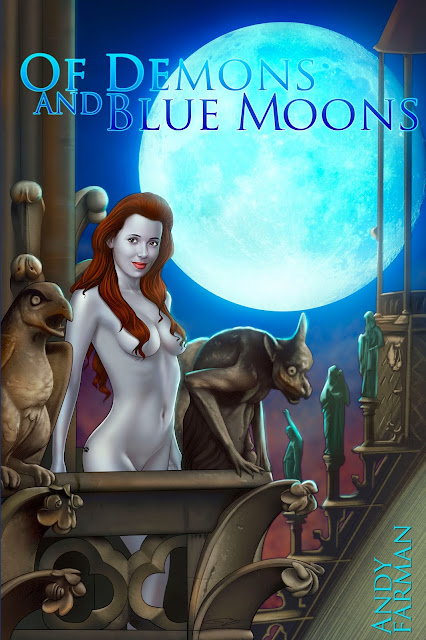 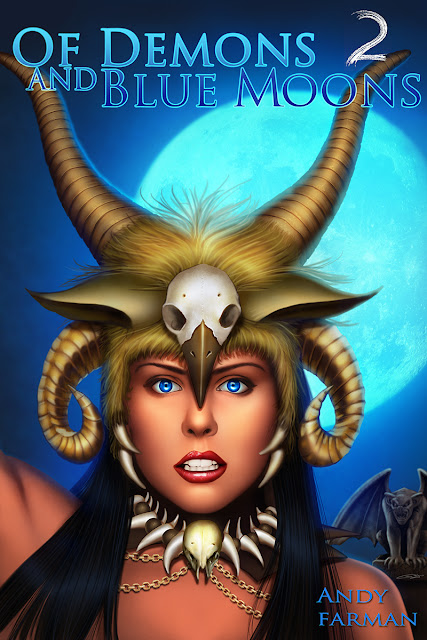 'Of Demons and Blue Moons 2' - the writing is underway and in addition to Tracey and Katya I have three new models, Julia Yaroshenko, Luana Lani, and Natalia Andreeva, aka, Delilah G, who have also given their permission to become the references for 'Pixie', a legendary tracker, The Crimson Witch, the time slipping creator of Fae's 'Sword of the Dead', and Princess Natalya of Paladin, a warrior and mercenary.

Posted by Andy Farman's Novels at 02:00 No comments:

The second in the 'Henry Shaw' prequel to the WW3 series, opening again with more back story on his father, and role model. The veteran Dwight Shaw, now a major in the reserves, recalled for service in Korea in 1950 and serving as temporary company commander of an infantry company during the invasion of North Korea.

Henry, in Vietnam, survived his wounds from the firebase siege but is now being pressured into revealing the identity of Duan, the monk who had told him of the North Vietnamese arms cache.

Terry Jones, CIA, is involved in the plot to oust President Diem, but he has already discovered that not all the plotters are working off the same hymn sheet.

Megan Granger-McVanie, CIA, is still attempting to discover if their is a mole at work, in the embassy or in the CIA offices. To complicate matters, her cover may have been blown on a separate assignment and her life is at risk. 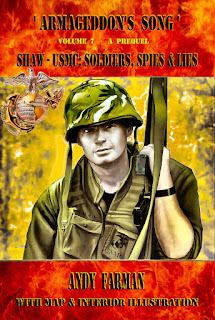 Posted by Andy Farman's Novels at 01:03 No comments: