It was a strange experience with this one. A chunk of the book written in 2004, and believed lost, was found on an old floppy disc. Parts of it I hardly remembered writing. It was however the style which was most notable, to me at least. I wrote those words at a time when there was an immense amount of stress at work. I had been a front line copper for twenty four years and the earlies, late's and night duty shifts were starting to tell on my health in the form of blackouts caused by high blood pressure.
It had always been my intention to return to the front line after a years break up in the offices, but my wife was rather more practical.
"Why do you want to go back 'on team'?"
"To finish my thirty years  chasing burglars over back gardens, not sat behind a desk."
"Why? Will you get a medal?"
"No."
"Will they put up a statue?"
"No."
"Then you are an idiot."
As usual she was right.
There followed six more years as a police officer but performing a role that had absolutely nothing to do with being a policeman. I had a great time for the last years and no operation I planned ever went wrong in a critical fashion, because I planned them the army way, not the police way.
Those six years reprogrammed my head. Try being Mr Nicey when dealing with incidents in the inner cities, it does not work, you have to have a level of aggression just below the surface. You have to take charge.
'Civvies' fell into four categories. 'Suspects', 'Victims', 'Witnesses' and 'Family', I just did not deal with anyone outside of those categories until I wound up in a suit and tie, sat in a teachers office in Peckham listening to plans for an under 6's end of term fancy dress carnival of a pixies and frogs theme.
Clearly there was fifth category, 'Normals'. I had to learn to get along and work with normal people from then on.

So the head which wrote the confrontation between the President and Henry Shaw, is no more, I just hope that the words coming from the new 'me' can still provide a good read. 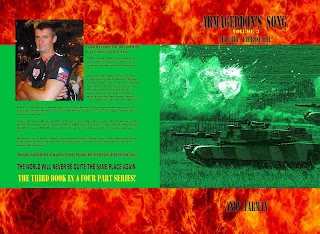 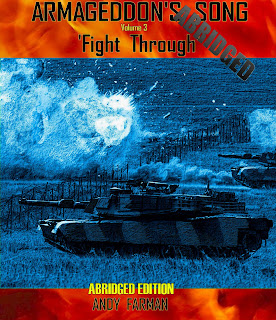 Posted by Andy Farman's Novels at 23:23 No comments: 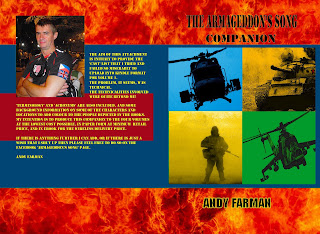 The plan is to have the 'Cast' and the 'Terminology & Acronym' tables in a proper format, one that does not become a splodge on uploading. I will also add a bit of background to some of the characters as well as some trivia unearthed during the research for the books.

My aim is to have a free kindle 'Companion', and if I can produce it really cheaply, then as a 30 page handout in paper form also.

Update - 30th November 2013 - It did not happen unfortunately, but I forgo royalties to keep the price down. The second edition is out now for free for five days on Amazon though.

Andy's books on Amazon
Andy on Goodreads
Posted by Andy Farman's Novels at 20:54 No comments: