A good read for aviation buffs!

Fate is the Hunter
www.amazon.co.uk

Posted by Andy Farman's Novels at 04:19 No comments:

'Of Demons and Blue Moons'

I have found an exceptional young cover artist. 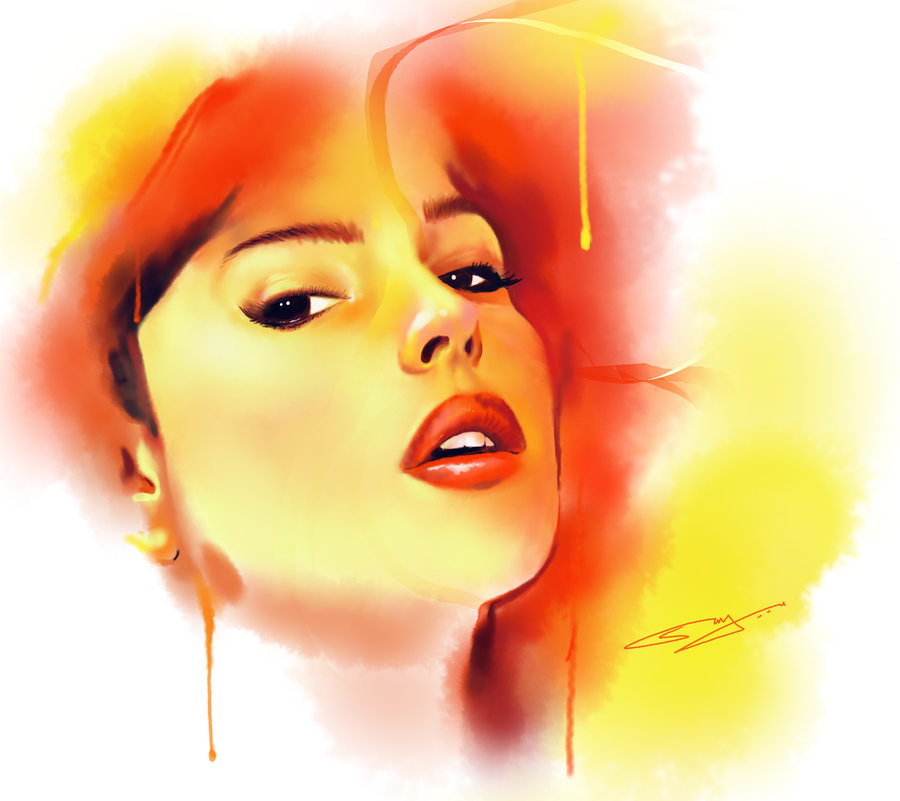 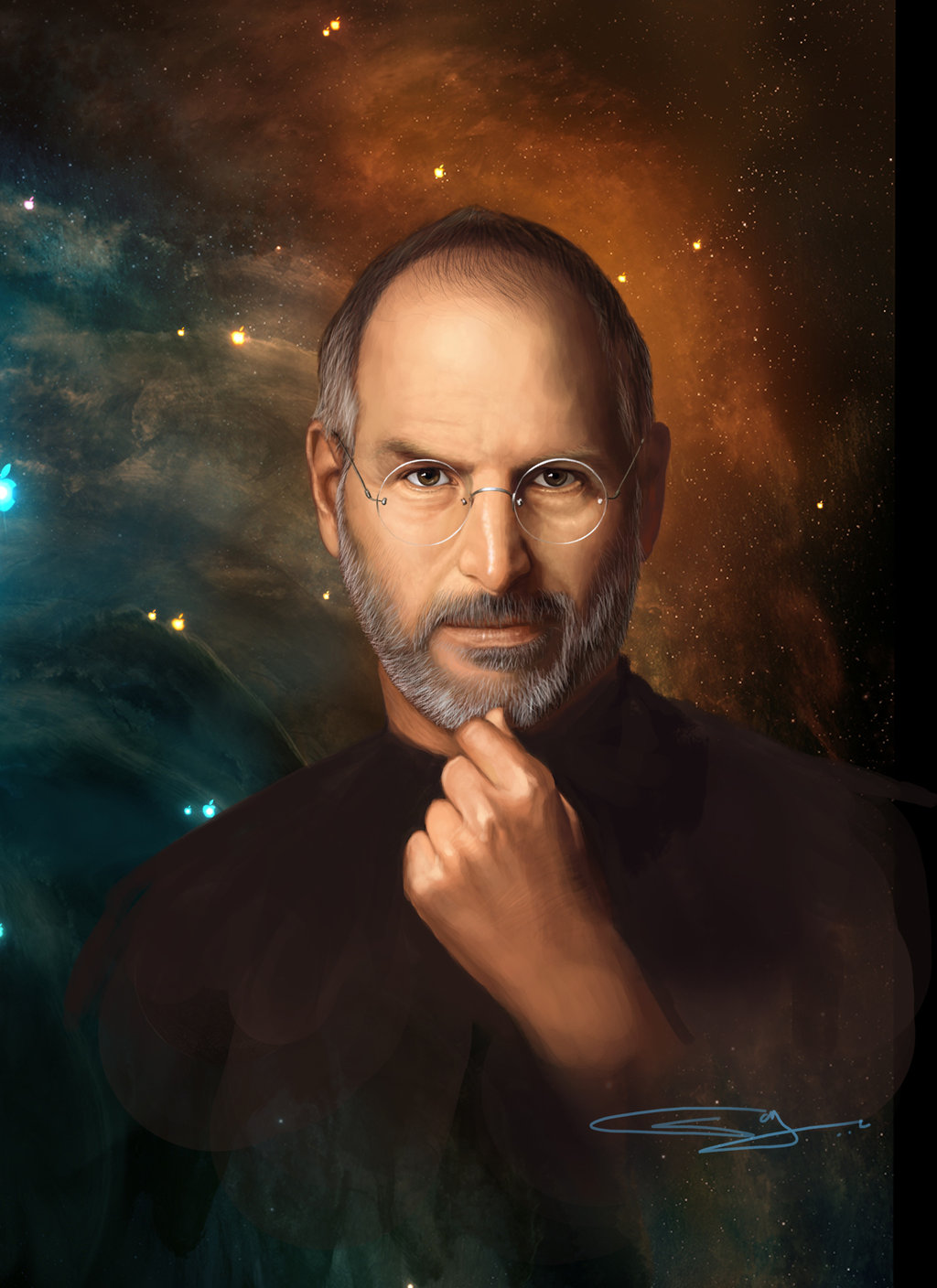 You will have to wait until publication to see his cover as it is original art, but here is an example of his portrait work.

Posted by Andy Farman's Novels at 18:52 No comments:

Update and cover art for 'Of Demons and Blue Moons', my roughed out concept.

Currently I am re-editing Volume 2 'Advance to Contact' of my Armageddon's Song series and adding maps to both that book and to Volume 3, 'Fight Through'. I am also seeking a professional book cover artist to work on 'Of Demons and Blue Moons'. I am not switching genres, just expanding, and after chatting to the excellent, worthy and recently retired American warrior, Jason Ferguson, who took his collection of Louis L'Amour Western novels to Afghanistan, I may have a stab at that too. SF is also a distinct future possibility.

I will begin 'Shaw', a prequel to Armageddon's Song, next month. I will try writing OD&BM at the same time. The next on the list is a further prequel, one set in Northern Ireland with Pat Reed as a platoon commander in 2CG, and Colin, Oz and Ray as young Guardsmen going through the Depot before joining the battalion. I have yet to think of a title or an ending though.

Next month I will also be trying to move into publishing with Barnes & Noble, Apple iBooks, Smashbooks and Nook as paperbacks, hardcover and ebooks. I would like to try audio books also but I need to somehow find the time to research the nuts and bolts into that.

Next year of course I will begin work on the sequel to Armageddon's Song, 'Armageddon's Anthem', which will be set two years after the point where 'Crossing the Rubicon' ended.

The hunt for a book cover artist

I joined a website called deviantART.com where you can find anything from potters to 3D CG movie animators. Having approached a number of very talented 3D artists and digital painters I laid out the following criteria and now I am awaiting the first samples.

Good evening,
I am currently seeking an artist to produce the cover of a
supernatural thriller.
I have been let down a couple of times now by individuals who claimed
to be cover artists, so I have come to Deviantart to ask a few artists
here too.
I make most of my money from eBook downloads and the covers have to be
eye catching in order to stand out, so what would be a thing of beauty
on a bookshelf is not necessarily going to cut the mustard in getting
potential readers to click on the image and read the titles
description. The cover is the Lure and the description is the Hook
etc.
The book will be in hardcover, paperback and ebook, as a supernatural
thriller that will not be suitable for young adults, and it will be a
bit of a departure from the alternative history genre that pays the
bills for me, but if it sells then it can be turned into a series.
I do my own maps and cover designs for the military fiction series but
I am no artist, I have a cobbled together concept of what I would like
to see, based on the first chapter, and although the dimensions are
wrong for a 15.24cm (6") x 22.86cm (9") front cover it incorporates
the main character, the night, a cathedral and a blue moon.
I am aware that the concept I have may not be eye catching enough to
stand out from the crowd, which as I said is extremely important if
you want to sell books from what are pretty much postage stamp sized
images on Apple, Amazon, Nook, etc etc. So colour is important and the
black sky does not necessarily do the business in my very workmanlike
jobby which is posted at. andyfarmansnovels.blogspot.com but it does highlight the blue moon of the story.
I will obviously pay for the cover I like and of course the artist will be credited
within the book, but I am asking artists for a rough sketch/visual, first.RegardsAndy Farman
176382@gmail.com
Facebook authors page.
Blog
Amazon authors page.
Facebook 'Armageddon's Song' series page
Linkedin page.

VISUAL CONCEPT (but I am open to suggestions to alternatives.

Too much black sky, but how else to highlight the moon? 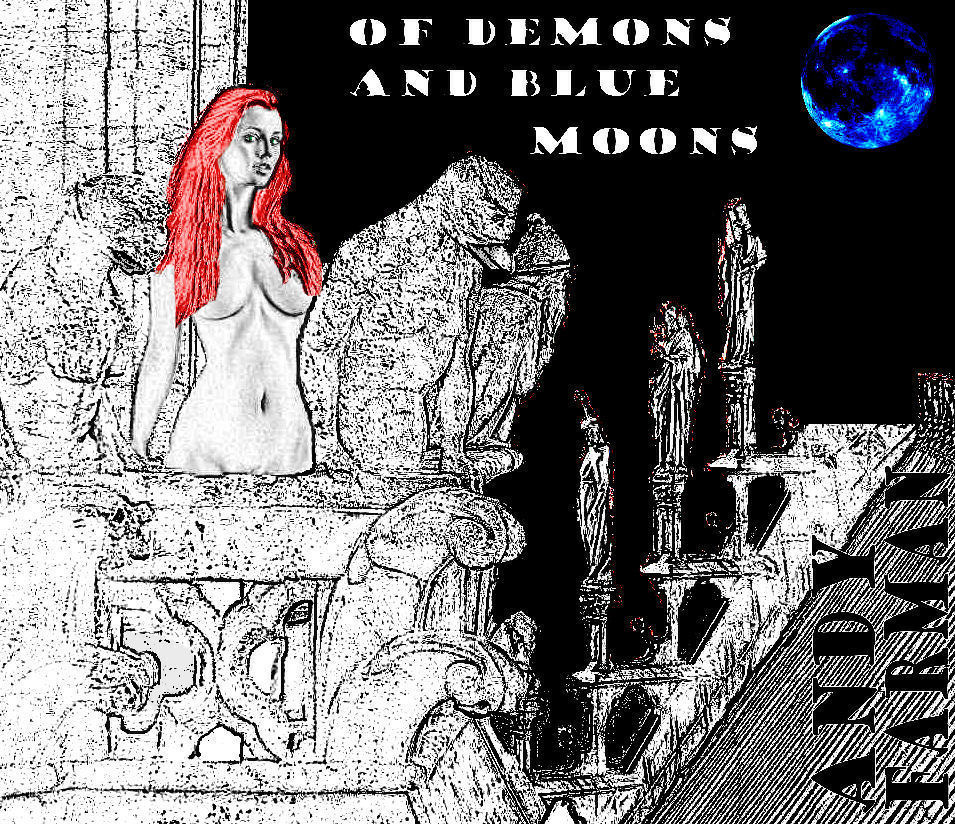 As ever, a cover needs to catch the eye. I had a brainwave though, just make the blue moon into a backdrop. 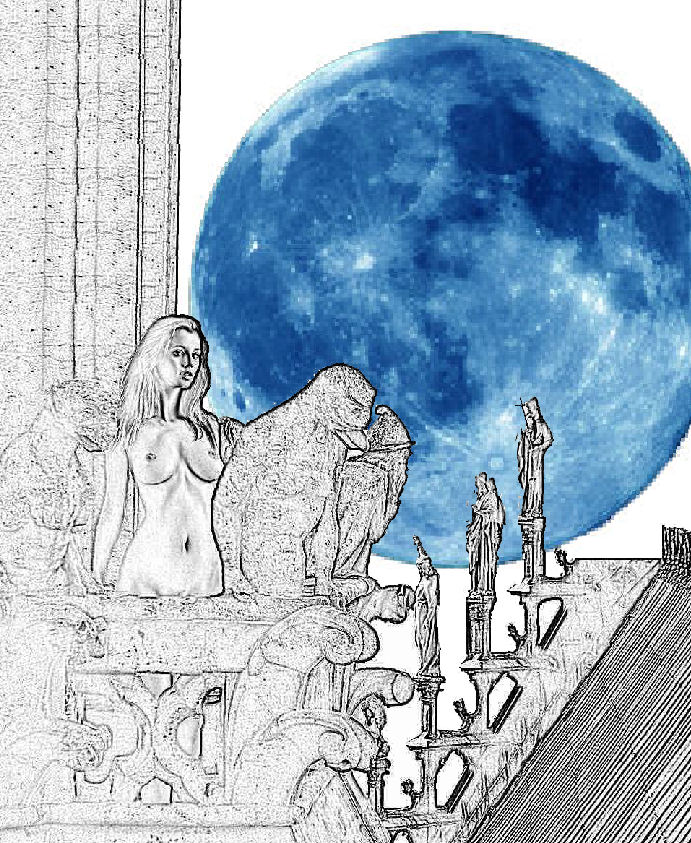 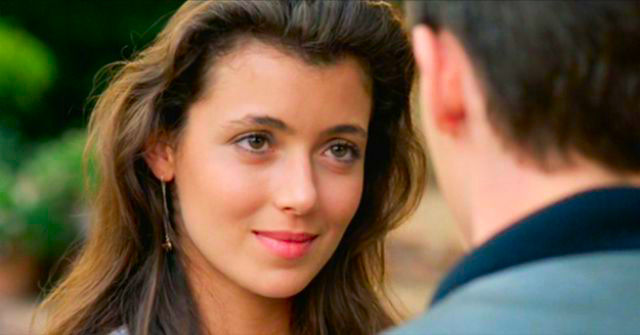 'Amy' would benefit from a more enigmatic expression, one similar to Mia Sara's.