Striving for a unique style

When I decided to create maps to enhance my storytelling I tried several different styles, none of them particularly original, until I decided that as my signature style of writing is one of descriptive detail then the maps should be also. I was definitely not going to hand draw a crude map and scan it, and I was not happy with tracing existing maps and scanning them either. I wanted not too much detail so as to bury the message, but enough to engage the readers imagination.

My artistic interpretation of the Macquarie Pass*, one of the land routes to Canberra, up the prehistoric sea cliffs of the Mt Kembla escarpment in New South Wales, is hand drawn digitally using a mouse and Paint Shop Pro version 1 (It may be inferior to Paint Shop Pro 8, but I am familiar with it.) Unlike the maps of  imaginary 'Vormundberg' in Germany or real life Moruya, further south along the NSW coast, the Macquarie maps are at a slightly oblique angle as I wanted to avoid using contour lines to emphasise hills on otherwise 'flat' maps.  You will of course notice that the maps detail of the ground does not faithfully mirror that of the real area but instead it compliments the story as I saw it unfold in my head.

The file size problem which I described in earlier posts brought some priceless help from Adrian Robinson with regard to image compression whilst retaining quality, and now Poofy Koshi (a nom de plume) on a source of high definition but low byte size map symbols, for which I am truly grateful also. 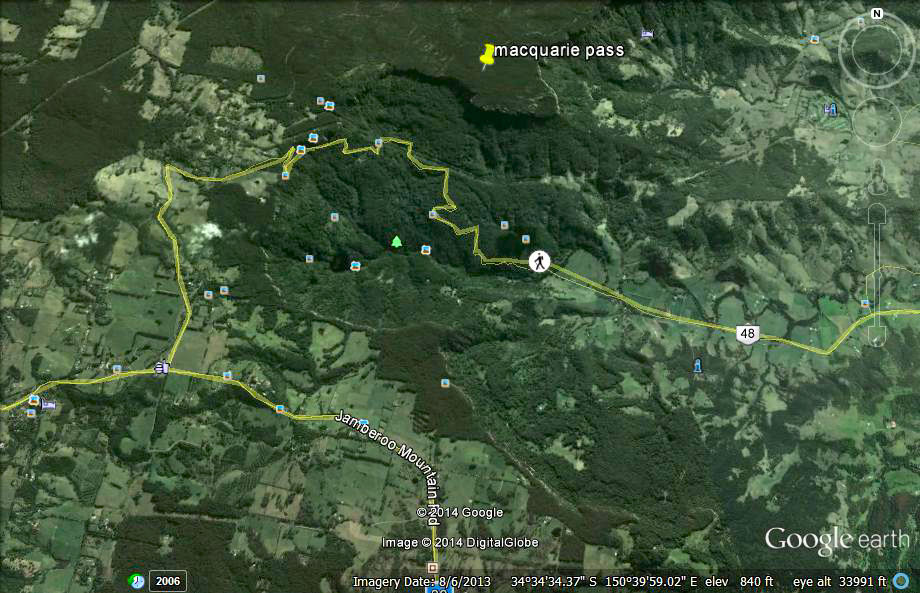 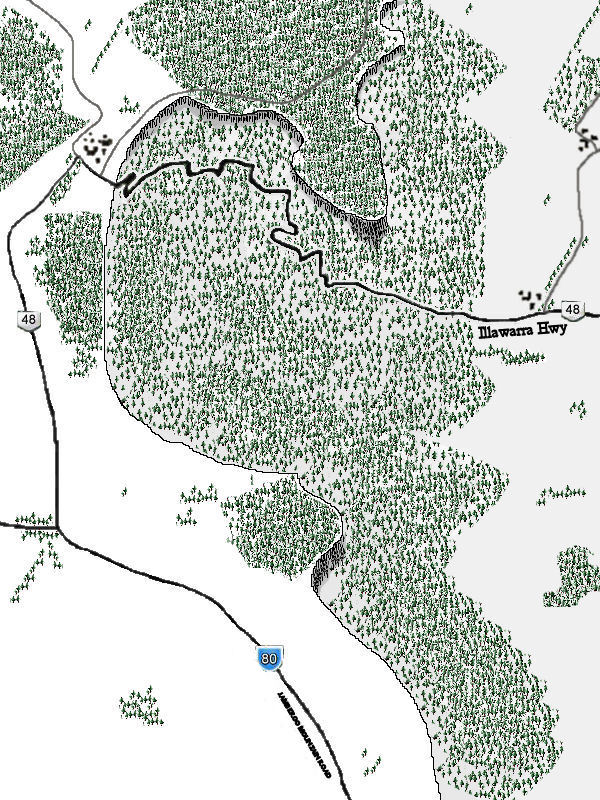 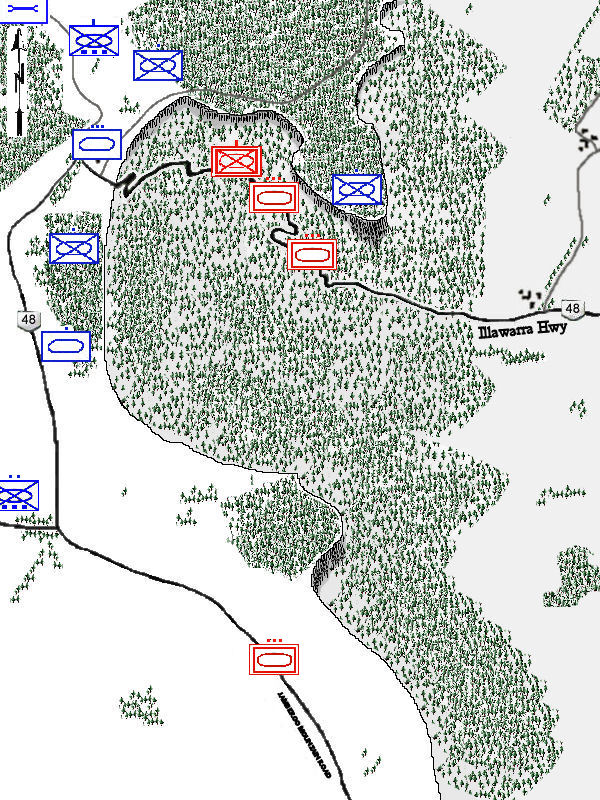 Posted by Andy Farman's Novels at 23:49 No comments:

The pains of eBook illustrating.

I would like to say that I was shocked to see CreateSpace double the price of a very small booklet I produced as a companion for my book series, but unfortunately nothing they do comes as a surprise anymore.
I added four maps, all digitally created and together they increased the books total file size by a mere 800kb. This was enough to have the price leap up from $3.59 to $7.79.

Fortunately, I have not found that problem with Kindle, not yet anyway.

As to the eBooks, the trick is to produce a jpg picture, 800 pixiels x 600 pixels and of a file size below 250kb. The resolution is the problem as too low will result in a fuzzy image, and HD gives a huge file size. Keep the resolution at 300 PSI and that should do the trick.
Thanks again to Adrian Robinson for guiding me to the simple to use Microsoft Office image manager to achieve that! 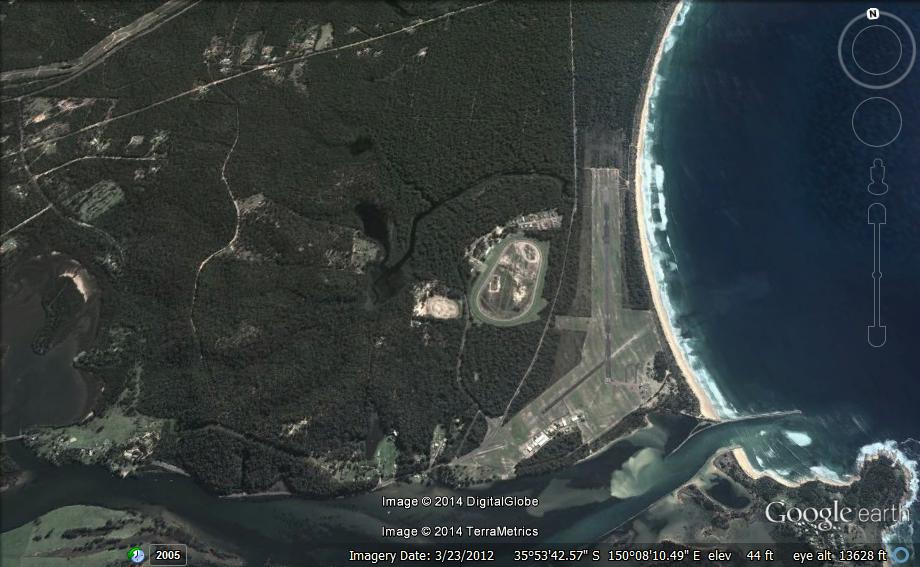 The aerial photo of the area where the action takes place, in the book. 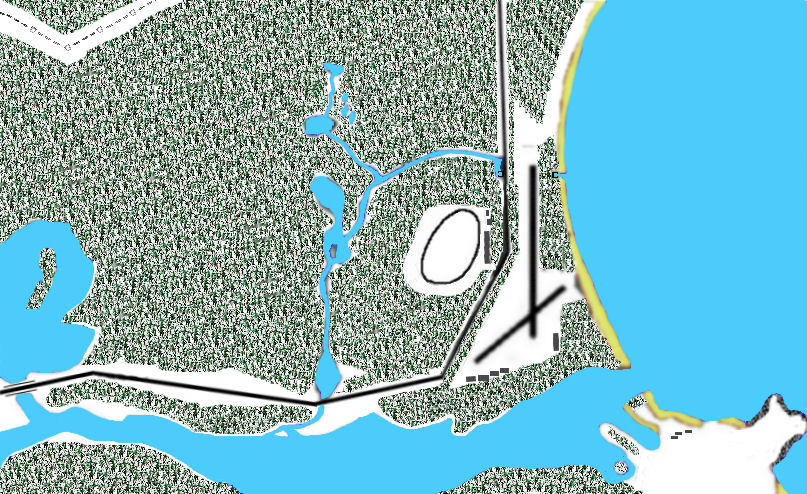 reproduced by hand as a digital map 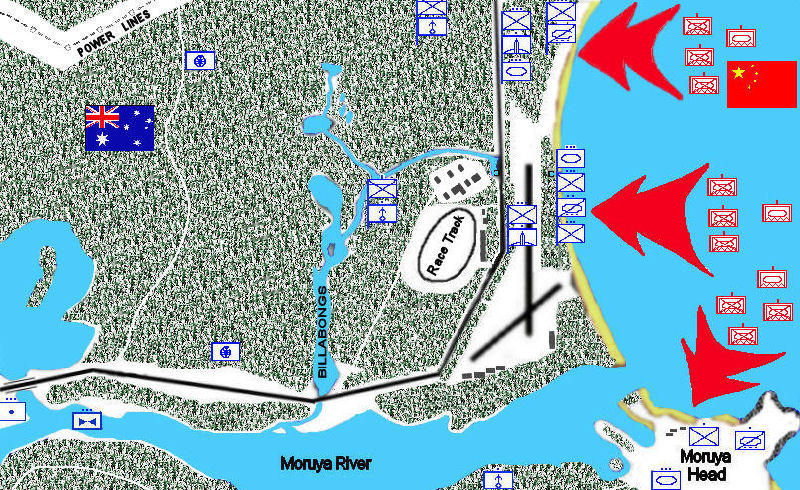 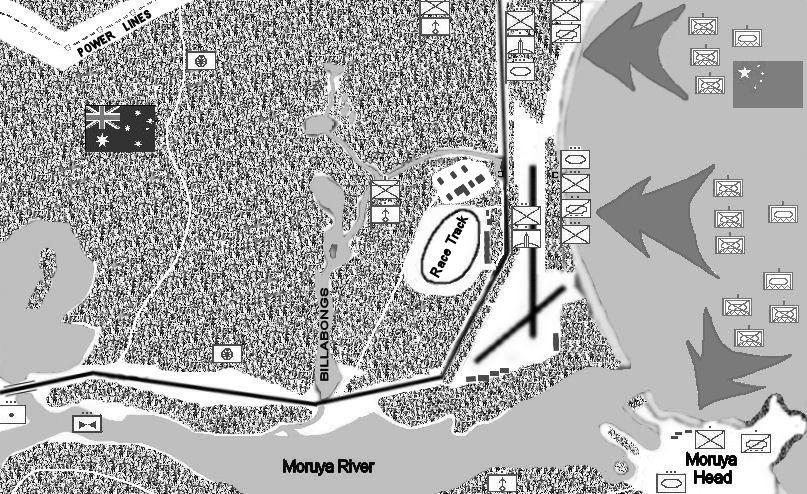 Remembering of course to 'box' the enemy forces symbols so that they may still be discerned as such on black and white eReaders.

And of course an excerpt to go with it.

‘Tango Four Three Charlie’, a German built Leopard 1 that was older than even the old man of the crew, Trooper ‘Bingo’ McCoy, the twenty eight year old driver, rocked on its tracks as a shell exploded in the trees nearby. The vicious splinters were little threat to the tank, but a deadly danger to the infantry who shared this ordeal by fire.
The Australians had decided on replacing the old main battle tanks with American M1A1 Abrams, but the war had occurred before that process had begun.
“This is just a diversion.” opined the tanks gunner, Che Tan, and not for the first time.
They were in a hull down position well to the rear of their fighting positions, beyond the boundary of Moruya Jockey Club, the race track north of the river of the same name. Che was Australian born and bred; his parents though had arrived as refugees from Vietnam. There was nothing inscrutably oriental about Trooper Tan; he said it as he saw it.
“They’ll get bored and bugger off in a minute.”
A near miss shook the vehicle, red hot steel splinters striking its armour.
The rest of the crew in the turret stared accusingly at the gunner for tempting fate.
“A minute?” asked the driver. “I’ve got five dollars if someone’s got a stopwatch and better odds.”
They were three quarters of a miles from the beach, and from their forward fighting positions among two platoons worth of the Royal New South Wales Regiment, along with a pair of ASLAV armoured recce vehicles of the 2nd/14th Light Horse. The racetrack, a coastal road, a copse and an airfield runway lay between their current position and where they would fight.
Either side of C Troop’s current location were the company headquarters of the infantry, occupying a dug-in CP, mortar pits and trenches. The infantrymen had no armoured fighting vehicles; just canvas topped Mercedes Unimogs in a harbour area further to the rear. The clerks and storemen huddled in the shelter bays praying that no direct hit would end them instantly, and no near-miss would collapse the trench upon them and end them slowly.
“Seriously though.” Che said. “What are we doing here? It’s not tank country; there are rivers and billabongs all over the shop, and enough trees per acre to make a billion matchsticks.”
“Colour, dash and daring, boy.” Chuck said. “Colour, dash and daring. Without us this would just be another mindless shitfight between their moron grunts and our cut-lunch-commandos” as he referred to volunteer reservists.
The tanks crews had made good use of the aforementioned trees, cutting branches and foliage to strap to the turret and flanks with D10 telephone cable. By doing so they spared their cam nets and also took their cover with them whenever they moved.
“Hello all Tango callsigns, this is Tango Four Three Alpha, ‘Wicked Lady’, over.”
“Tango Four Three Bravo, ‘Wicked Lady’, over!”
“Tango Four Three Charlie, ‘Wicked Lady’ over!” Gary Burley, the tanks commander replied.
“Tango Four Three Alpha, ‘Wicked Lady’, out.”
Sergeant Burley switched to intercom.
“Okay Bingo, let’s go, get us to the first firing position, the landing craft have been spotted heading in!”
A hundred metres spacing between the vehicles, they moved slowly forwards at first like articulated garden features, leafy branches seemingly growing out of the steel plate. They maneuvered around trees until reaching the chain link fence surrounding the race track and accelerated hard. Four Three Charlies’s driver ignored an open gate in order the trash a long length of the fence which they carried with them, entangled over the front of the Leopard.
“Well that was smart, wasn't it?” Gary said to the driver in censure.
“Bollocks, the amount of money I've lost in this place I reckon I must have paid for it twice over.” Bingo grumbled back. He had picked up his nickname because he was so addicted to giving away his cash to bookies after each Army Appreciation Day (Payday, in Anzac parlance), he had even been spotted sat among blue rinsed old ladies in Bingo Halls trying to win it back before his wife found out.
The Leopards were illuminated by the blazing spectator’s stands and stables. The horses, and much of the local population, had moved away over the previous week when it became evident that invasion was inevitable.
“Bloody hell, if you spent enough here to qualify as an owner then I reckon yer about bankrupt now, mate!”
The racecourse had received the attention of naval gunfire, as had the small provincial airport, where flames were leaping high from the hangars and buildings, clearly visible above the trees to their right.
The damage wrought to the fence seemed rather trivial in the face of what the invaders were doing. When Banjo repeated it at the other side it became snarled up with the first one they had crashed through, leaving the fence raising sparks as it trailed behind them across George Bass Drive, the coastal road.

Posted by Andy Farman's Novels at 07:00 No comments: