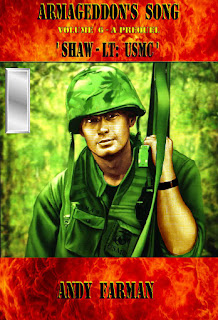 Well, the writing of Shaw went on and on, passing 200k words and looking to need another 30-50k to finish the tale, so I have made his story into two books, with 'Shaw - Captain' still ongoing.
Great map work by Nathan Anderson, nothing too complex but HD enough to storyboard the action. Great cover by Sanju Nivangune.

In the WW3 series, Henry was Chairman of the Joint Chiefs, Terry was Director of the CIA and Peter Dawnosh was Prime Minister of Great Britain, but in 1963 they are in a place that few Americans had ever heard of, Vietnam.

The country is under attack from the communist North but within its borders it is a  cauldron of dissent due to corruption and religious persecution.
With surplus equipment and a shoe string budget, US advisors are attempting to train and equip the South Vietnamese  armed forces to defend themselves in order that the USA can withdraw.

2Lt Henry Shaw, USMC, is an advisor and assigned to a firebase close to the border in Quang Tri Province. Henry will not compromise in terms of honour and integrity and this brings him into conflict with the commander of the ARVN special forces for the province.

Major Joshua Washington, US Army, Korean War veteran. Despite racial prejudice, Joshua came up through the ranks and he is determined to fix the flaws in modern US military thinking. Infantry skills have been lost due to an over reliance on missiles to win battles and wars. Joshua knows that poor training costs lives, but that is not going to happen on his watch, not if he can help it.

Lt Peter Dawnosh, Royal Marines: Peter comes to Vietnam as an observer with three other instructors. The 'Empire Quartet', as they are known, a Brit, an Australian, a Gurkha and a Maori, all veteran jungle fighters with experience in post-WW2 Malaya and Borneo, and unwilling to passively observe from the relative safety of a firebase.

Terry Jones, a young CIA field agent who left four East German agents dead in the snow of a Berlin park, is now in Vietnam with a new cover, that of a First Officer with Air America. Terry has a key role in a forthcoming major operation, but is a mole in CIA Station - Saigon feeding intelligence to their hosts and to the communists?

Megan Grainger-McVanie, CIA operative with a near-genius IQ. Megan specialises in pillow talk, using her cover as Bethany Robertson, an air hostess with loose morals and an eye for rich, powerful men. So far, two operations have been blown, seemingly by accident. Megan must discover if a leak exists, and the mole's identity, before the country can be saved from itself.

Small unit actions, firefights on jungle trails and The Almo re-enacted on a lonely hilltop, far from home. These are combined with a tale of political corruption and the murky world of espionage in 1960s SE Asia.

Henry, three advisors and a dozen Montagnards were firing at targets they could see, and into cover from which muzzle flashes or gun smoke were being emitted. The roar of gunfire was deafening and with hardly a breath of breeze in the air the blue haze of cordite hung over the narrow river like an ever thickening blanket between the opposing forces.
This was not a contest they could win, their ammunition was limited to what they carried and they had to keep moving. The gunfire had pinpointed their position for all the enemy in the area and to stand and fight meant being pinned down and surrounded.
Joshua shouted to those on his right, pointing to himself, self-designating as their fire team leader before yelling at the top of his voice.
<i>“GO!” </i>
The advisors fell back ten feet, while the major covered them, keeping up the rate of fire.
Crawling low to avoid the incoming small arms fire that was chewing up the underbrush, filling the air with wood chips and diced leaves, the advisors then turned, resuming the firefight.
A Montagnard went down screaming, hit by shrapnel through the lower back, and Joshua grabbed a shoulder strap, dragging the slightly built man back into deeper shadow when he too was struck a blow and knocked on his face. He felt no pain and could not locate the wound although his right hip and thigh felt wet.
<i>“Break Contact!”</i> 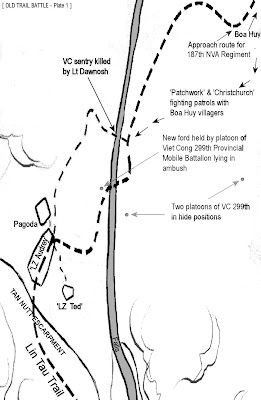 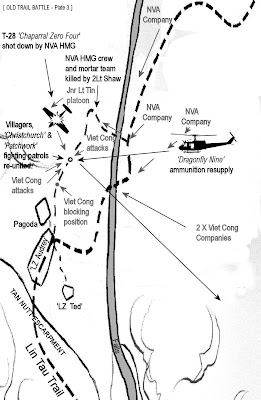 'Shaw - Lt: USMC' on Amazon
All books by Andy Farman on Amazon