Sample: 'Of Demons and Blue Moons'

The beat of wings grew closer, no longer gliding silently out of the night sky and suddenly a naked and heart-stoppingly beautiful woman alighted, though a touch heavily, upon the roadway. Great bat wings, one sliced deeply enough by Fae’s blade to prevent any further gliding, remained partly open, dripping blood from the wound and a forked tail flicked in a feline display of ill-temper. The gloss of her jet black hair held an electric blue tinge that exactly matched her eyes. She walked in the identical fashion to which Fae walked, with a sinuous roll of the hips and a gentle bounce of firm breasts that was completely provocative, even if the sideways glance this young woman treated Scott to was one of unveiled contempt.
She looked somehow familiar…?
As she passed Scott he saw that she also wore upon her right buttock the same mark that Fae carried upon hers. Their bodies were almost identical, aside from tan and colouration, and even their age, though hard to judge, seemed similar.
Scott expected Fae to leap into the attack but instead she merely stood poised to defend herself, allowing the raven haired vision of deadly beauty to stride by unmolested as she approached the flung trident.
As if he had suddenly been doused in ice water the shock of recognition came to him. That hair, those eyes, that face and body, the girl’s blatant ‘on-heat’-stride, performed as if upon a fashion house catwalk, but he could only point stupidly, open mouthed, for a moment.
“Isn't that…?” 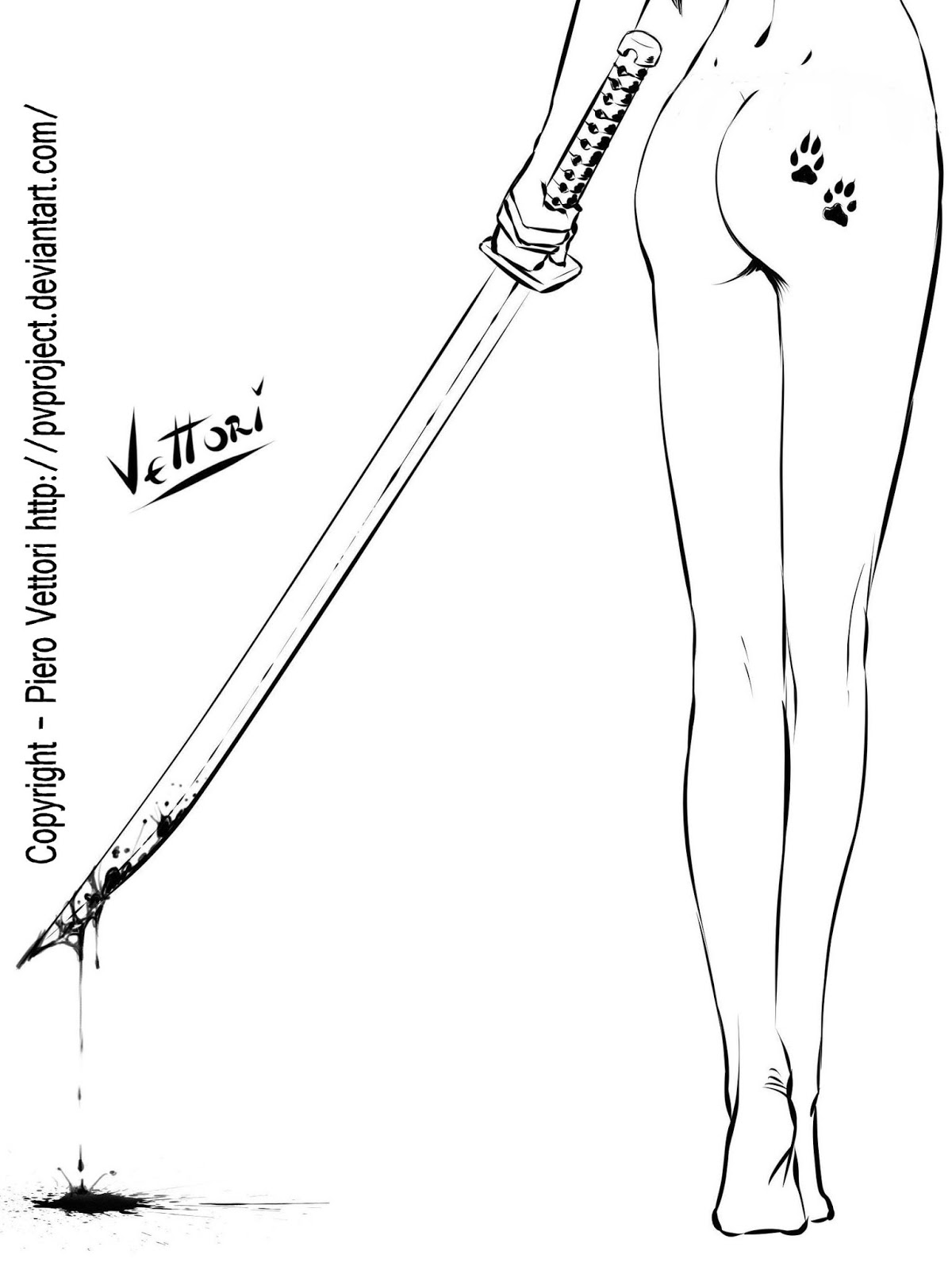